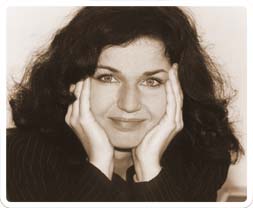 The company started in 1991 as a small translating and interpreting business in České Budějovice, founded by its owner, Ms. Monika Němcová, as a physical person. Originally it had three permanent translators and interpreters. In 1994 its clients included Westinghouse Electric, ČEZ, Framatom and others (see the reference list) and it was transformed into a limited liability company while its turnover grew in the first two years by ca. 200 % per year.
The most significant reasons of its successful start on the Czech market with translations and interpreting were its specialization on individual fields (nuclear power, foreign law and foreign trade, software localizations, telecommunications, mechanical engineering) and its stable team of translators who worked exclusively with the BABEL.CZ agency. Last but not least, BABEL has been able to offer attractive, the so-called regional prices, which may come as a nice surprise for customers from abroad and Prague.

Today, twelve years later, BABEL.CZ has a team of 180 permanent translators and interpreters, certified interpreters and native speakers. Potential new translators and interpreters for BABEL have to pass a demanding language proficiency test to select the best of them in the given specialization (in the past 7 years BABEL.CZ has been steadily reported among the leading translating agencies in the Czech Republic listed in Prague Business Journal, Book of Lists)

The chief task for BABEL in this and next years is to get ready in a quality and responsible manner for the country’s membership in EU and become competitive with other companies offering translations and interpreting in Europe so that all its clients, including the smallest of them, can be completely satisfied with the provided services.